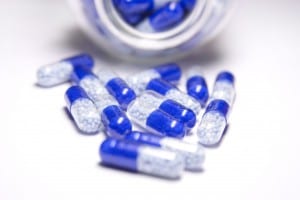 One of the most common causes of individuals having to go bankrupt is because of being laden with medical debt that they simply cannot handle.

Many families that have been financially stable and are able to handle their finances can soon be faced with a change when they are hit with a mishap that requires medical attention that they have no insurance coverage for. These bills quickly mount up and the individual finds that they are no longer able to meet their obligations of paying them and have to consider bankruptcy.

This is a common problem throughout many of the different states within the USA. However, there is one exception to this and that is in Massachusetts. In 2005 this state made health insurance mandatory. What has been noted is that those residents now living in this state who decide to go bankrupt do not have near the medical debt that many others do throughout the country. The statistics have shown that in 2013, individuals in Massachusetts who filed for bankruptcy had an average medical debt of $3,041 while in other states the average was $8,594.

No matter what the reason is that you need to file for bankruptcy having a qualified bankruptcy lawyer in Dayton Ohio to assist you with this is the first step that you should take.

Richard West has helped thousands of families wipe out debt, keep their property and rebuild their credit with his unique program. It’s the only one of its kind – specifically designed for rebuilding credit after bankruptcy in the shortest possible time. Find out why more people choose Richard West – hundreds of 5-Star reviews. Since 1986, Southern Ohio’s Debt Relief and Credit Authority.