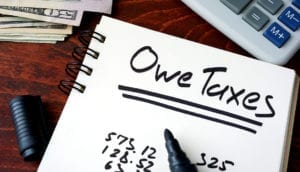 Can I discharge taxes in bankruptcy?

Contrary to popular belief, taxes are dischargeable in bankruptcy.

In order to discharge taxes in bankruptcy have to pass five tests.

The big three are as follows:

There are other tests as well

This is a complicated area but the short answer is:

YES, you can discharge taxes in bankruptcy if you qualify.

And even if you can’t discharge the taxes totally, you can actually pay them a lot more inexpensively in a chapter 13.

In Chapter 13, penalties are considered unsecured general nonpriority debts like credit cards and medical bills. Thus, they are often paid off at pennies on the dollar.

And, although taxes are considered priority debts, they still don’t get paid any interest.

For these reasons, it is much less expensive to pay your tax debt in a chapter 13.

If you have taxes debt along with all of your other debt, then you definitely should consult a board certified specialist to review your options with you.

Bankruptcy can be a very effective tool to deal with all of your creditors, including the IRS.