Be careful with Debt Settlement Programs 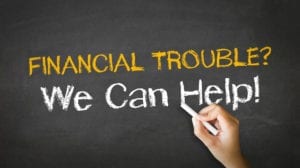 Many of my clients come to me after spending up to two years with a debt management plan, only to find that there are no closer to being debt-free than when they started.

Their credit records reflect all of their accounts seriously delinquent, they have no bankruptcy discharge to protect them, and not all of the creditors agree to the debt management, plan, so some of them file lawsuits to collect.

The debt management programs generally increase several times the amount of money that the client has to pay each month until there is virtually no benefit to be gained on a monthly basis from being in the program.

Furthermore, I almost never see anyone get anything in writing. There is no document or other written proof that the debt is being satisfied at a lesser amount than originally owed to the creditor. This is very dangerous, in my view, because of the many cases I see where debts are sold to one company or another who then tries to collect. The companies that buy these debts often have record that the original debt was partially paid, or compromised in a debt management plan. Unless you have some document that proves the debt was forgiven, you are helpless to dispute the debt. In these cases, you may end up having to pay the debt twice! Furthermore, if the debt is forgiven outside of bankruptcy, the consumer will usually get a tax form called 1099 C which means that the consumer will be taxed on the amount of the debt forgiven. This does not happen in bankruptcy, because debts forgiven in bankruptcy are not taxed.

Debt management programs do not protect you from being sued. If a credit card company doesn’t agree to the deal offered by the debt management plan, and some of them refuse to participate, they can simply sue you. If you own real estate and get sued by the credit card company, the credit card judgment will attached to your real estate. Thus, a debt that was totally unsecured and easily discharged in a bankruptcy now becomes a lien on your home. It may be possible to remove the lien in a subsequent bankruptcy but that is not always the case, and depends on whether or not there’s any significant equity in your home. Thus, wasting time in a debt management plan can result not only in you not getting the benefit of a reduced payment but actually can result in the unsecured debts becoming liens against your home. I’ve actually seen a credit card debt turn into a judgment lien on a person’s house and then the credit card company filed a foreclosure action to collect the debt.

The Federal Trade Commission (FTC) and the Washington State Attorney General have asked a federal judge in Seattle to order 4 different “debt management companies” to stop charging consumers hundreds of dollars for a “debt elimination program” that offers a false promise of substantially reduced interest rates and thousands of dollars in savings.

The complaint alleges that the companies falsely represented that consumers would be assigned a financial consultant whose special relationship with creditors enabled the consultant to negotiate substantially lower interest rates. In fact, according to the complaint, consumers who purchased the program typically did not have their interest rates lowered at all.

Consumers were promised a full refund if they did not save at least $2500, but few consumers received the guaranteed refund, according to the agencies’ complaint. Before buying the program for $399 to $629, the complaint alleges, consumers were not told that the promised savings may take decades to achieve, or that most of the savings will result from simply paying more money every month, not from reduced interest rates.

As the previous story exhibits, debt management programs often make the situation worse, not better. These programs do not have the “teeth” of a bankruptcy filing. There is no protection from creditors and you get no discharge at the end of the plan, assuming you make it to the end of a plan without being sued first. Most of the time all the creditors are not included and sometimes consumers are given bad advice with respect to which debts to pay in which that debts not to pay. In every single case I’ve seen, without exception, these programs do not deliver what they promise.