What to do when you are being sued – Lawsuit Bankruptcy 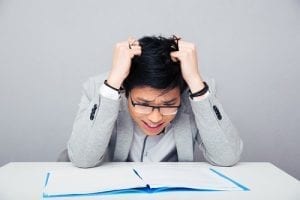 When you are sued, your first reaction is probably panic.

You knew that the creditor could sue you, you knew the debt was unpaid, you were hoping it would go away. But here is the lawsuit. And now you have to deal with it.

The first thing you will notice, when you get a lawsuit in Cincinnati or Dayton, Ohio is that you have 28 days  days to file what is called an answer.

What is an answer?

It is not calling up the court or the creditor.  The answer is a written response to the lawsuit filed against you which is called the complaint.

What can you do to stop the lawsuit?

For example, what if you do not recognize the creditor?

Oftentimes creditors sell your debt to other companies who you do not recognize. It is not uncommon for people to come to me with lawsuits from creditors they do not recognize and wonder what to do. Often with some investigation we can determine who the original creditor is and then my clients tell me that this is a debt that they do owe.  It’s a legitimate debt, but occasionally creditor sues wrong person. I’ve had numerous situations where people come to me initially thinking they’re going to file bankruptcy to stop the lawsuit when in fact what we ended up doing was fighting the lawsuit and winning.

Sometimes creditors file lawsuits, and people consider filing bankruptcy to stop the lawsuit but it turns out we can actually fight the lawsuit and win because creditors who buy debts from other companies sometimes don’t get anything more than an e-mail from the original creditor.

More often than not, however, the situation is that you know you owe the debt and it’s unpaid. You either can’t pay it or can’t pay it in full. Therefore, you need to know all of your options. Typically, the options of people consider when they are being sued are to do nothing and wait and see what happens.

This is pretty risky because creditors frequently follow up the lawsuit with collection. They can garnish your wages, garnish your bank account, and put liens on your real estate if you own any. In rare instances, they can take personal property. Sometimes the best way to deal the lawsuit is to contact the creditor and workout payment plan. Often it is helpful to obtain the services of an attorney to do this.

Because I am an experienced bankruptcy attorney and often stop lawsuit by filing bankruptcy or the threat of filing bankruptcy, I’ve been very successful in obtaining excellent settlements with creditors because they know if they don’t settle with me I’m very likely to file bankruptcy for my client.

My reputation as a bankruptcy attorney helps me in my negotiations.

Sometimes we fight the lawsuit. Depending on the strength of the creditor’s case, how much proof they actually have, we may either win the lawsuit or we may settle it on very favorable terms.

Finally, I frequently encounter situations where my clients come to me with a lawsuit but this is really just the tip of the iceberg. They have many other debts they can’t pay. This is just the first of what will probably will be a series of lawsuits to come. When this happens, we need to look at a strategy that will fix the overall situation and not just try to put out one fire at a time.

In many of these cases, my clients in Cincinnati and Dayton end up filing bankruptcy to stop the lawsuit and fix their overall financial problems.