You can Stop a Lawsuit with Bankruptcy Skip to content

You can Stop a Lawsuit with Bankruptcy 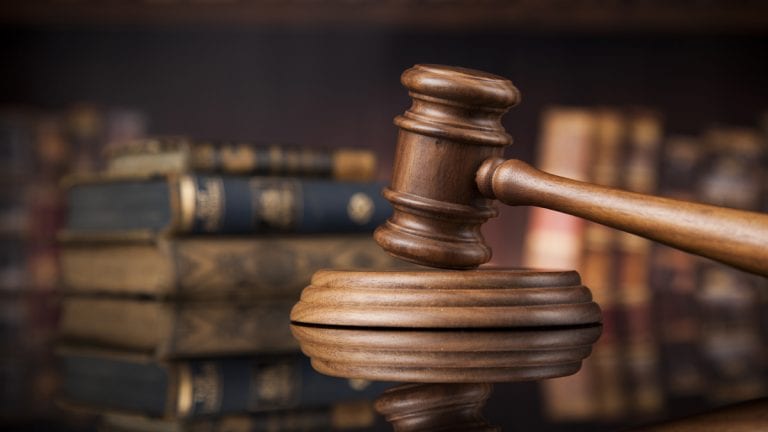 You’ve been harassed by bill collectors, but nothing ever really happened.

They made threats but nothing happened.

Perhaps they eventually left you alone.

When you get the “Certified Mail Notice” you know it’s not good news.

If it’s from a Court, then you know it’s the real thing.

Maybe the closest you ever came to a court was a traffic ticket – or not even that close.

But now it’s here. And you know you need to deal with it. Should you pick it up?

It makes you sick to think about it. I know when I got sued, it didn’t even seem real. I didn’t want to believe it. I just looked at the lawsuit, I was named as the defendant, but I almost couldn’t believe it was happening – even though I had handled thousands of suits for my clients – this was different, frightening.

You’ve heard different things. Like if you don’t pick it up there’s nothing they can do to you.

Wrong. Dead wrong. If that was true, nobody could ever be sued – they would all just refuse to pick up certified mail if it was from a court, and continue on their
merry way. Sorry. It doesn’t work like that.

You might want to delay picking it up, because the date that you are “served” (legal-speak for you actually getting the lawsuit) in Ohio you have only 28 days to “file an answer and serve a copy on opposing counsel” (more legal-speak – which I will translate for you later).

This could be an important timing issue. If the court you are being sued in has online data access, you can log in and see the lawsuit before you get served. Technology is pretty handy.

You might not even recognize the creditor suing you. That happens a lot these days. Debt buyers purchase old debts, and you get sued under the collector’s name.

The collector now “owns” the debt. So you see lawsuits from Midland Funding, NVLV – even some law firms buy these debts – and sue in their own names. So it’s not always easy to figure out what the original creditor was.

Whether the debt is a old one that you forgot about, or a current one you have been unable to pay, and you were expecting the suit, the key to successfully dealing with the suit is to identify what it is, and then get help developing a strategy that will not only fix this lawsuit problem, but also address your “big picture.”

Usually, when you have a lawsuit, its because you have had some kind of crisis or hardship in your life that got you behind, financially. It’s important (to me) to know how we come to this point.

Sometimes the suit is just a one-time thing, and your finances are in pretty good shape except for this. In this kind of situation, dealing with just the lawsuit may be the best approach.

But that’s not what I normally see. In fact, I almost never see it.

Usually, the lawsuit is an indication of a much bigger, deeper financial problem. Frequently, there are other suits not too far behind. And the entire financial foundation is weak and unstable.

Getting by one paycheck at a time doesn’t leave you any room to negotiate settlements with all the creditors, and trying to settle one here and one there leaves you vulnerable and open to attach by other creditors who can easily see when any settlement of a lawsuit is made (technology again – easy to see what is happening to any collection lawsuit).

And, on a long term basis, being bounced around by creditors and court cases leaves your credit score in the toilet. It will be practically impossible to make any progress in rebuilding good credit if you are trying to put out fires here and there – if you can even pull it off.

That’s why a lawsuit is a wake-up call. It could be the best thing that could happen to you. Really!

And you can stop a lawsuit with bankruptcy.

Am I crazy? No. I am not. I have seen thousands and thousands (really – I’ve been doing this for about 30 years – a long, long time) of lawsuits turn out to be the “wake-up” that someone needed to stop ignoring a problem that was slowly getting worse and worse.

Stop a Lawsuit with Bankruptcy

If your debts have been getting worse and worse and you have just not – for whatever reason – done anything about them – here is your grand opportunity. Call (937) 748-1749. Let’s talk about your lawsuit, how you got where you are and your options to make it better.